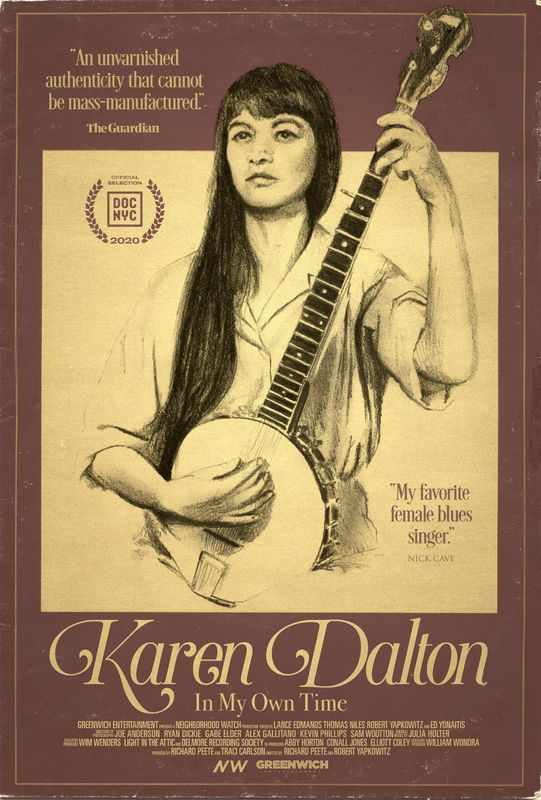 Karen Dalton, the extremely talented folk blues singer who left Oklahoma and became a major part of the growing Greenwich Village folk scene in New York City in the ’60s, only released two albums before fading into obscurity and eventually dying of AIDS at 55. Contemporaries like Bob Dylan have long championed Dalton’s work, and she’s now the subject of the new documentary Karen Dalton: In My Own Time, directed by Robert Yapkowitz and Richard Peete and executive produced by Wim Wenders.

This entry originally appeared at www.stereogum.com/2160929/watch-the-trailer-for-new-karen-dalton-documentary-in-my-own-time/news, and may be a summary or abridged version.