Let Us Be Joyful 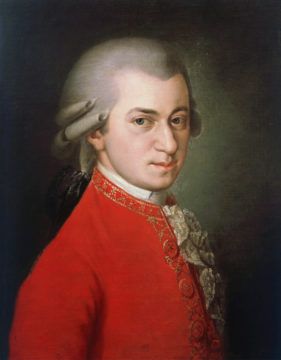 Laßt Froh Uns Sein (“Let Us Be Joyful”) is a short musical canon in B-flat major for six voices, written by the celebrated classical composer Wolfgang Amadeus Mozart. At first blush, the 1782 piece seems downright pedestrian, with syrupy lyrical sentiments (translated from German) such as:

Growling, droning is in vain, in vain!
Thus let us be cheerful and merry, be glad!

In 1991, however, an earlier, autographed manuscript of the canon was found in Harvard University’s Music Library, where music historians discovered that Laßt Froh Uns Sein was not the composition’s original title. Likewise this earlier manuscript contained different lyrics for the vocalists. In German:

This translates into English as:

Evidently Mozart composed Leck mich im Arsch as a humorous canon intended to play with friends at gatherings. The lyrics were later rewritten by Mozart’s publisher for public consumption.

This entry originally appeared at feedproxy.google.com/~r/damninteresting/all/~3/xdh6GPvxaoQ, and may be a summary or abridged version.