The Anticipated Future of the Moon 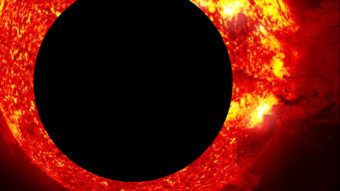 When the Earth was young, shortly after the moon formed, our planet was spinning so fast that a day was approximately five hours long. During the intervening billions of years, the dragging effect of the moon’s gravity slowed the Earth’s spin to the 24-hour day we now observe. Approximately 50,000 years in the future, this continuing effect will slow the Earth sufficiently that a leap second will need to be added to the clock every day if we wish to maintain our current calendar.

The moon is also very slowly moving away from the Earth as part of this process–every year, the average gap between the two bodies widens by 3.78 centimeters, approximately the speed of fingernail growth. Scientists can measure this increase to within one centimeter using laser reflectors that were placed on the surface of the moon by Apollo astronauts. In 600 million years or so, the moon will be so distant from the Earth that solar eclipses will no longer obscure the entire sun.

The moon, however, will never escape. Before it has a chance to break orbit entirely, the sun will have expanded into a red giant–some 6 billion years from now–and the moon will begin to drag against the sun’s growing atmosphere. Luna’s orbit will then decay, and it will begin to fall back toward Earth. When it comes within 18,470 kilometers of Earth–a distance known as the Roche Limit–tidal forces will overwhelm the gravity holding the moon together, and the moon will crumble into a short-lived ring system around our planet. Most of the material in the rings will subsequently fall to the Earth.

This entry originally appeared at feedproxy.google.com/~r/damninteresting/all/~3/sQC6Tv7Z4hY, and may be a summary or abridged version.