A Blight on Soviet Science 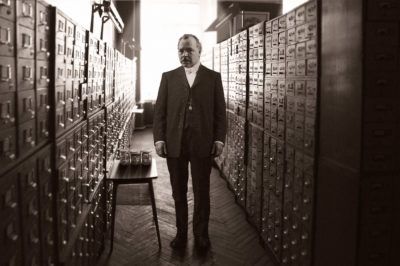 On a hazy afternoon in March 1927, a Russian scientist was walking through the dense forests of Abyssinia, ducking under low-hanging branches and stopping to inspect the wild coffee trees lining his path. Accompanied by a group of local guides, the young traveller had been hiking for weeks through the gorges of eastern Africa, keeping a close watch for armed bandits or stalking leopards. Leaving the forest, the group slowly made their way to the bottom of a canyon, clinging from tree to tree to prevent hurtling off the steep slope. Down below, the Blue Nile glistened with the reflection of the afternoon sun and the blinking eyes of a float of crocodiles.

When they were ready to cross the river, the men unslung their rifles and began shooting into the water, continuing for hundreds of rounds. The river was turbulent with the thrashing mass of crocodiles before turning a deep crimson, their bodies floating belly up. Pushing the crocodiles aside with the butts of their rifles, the men waded across the river towards the highlands to complete the aim of the expedition–to collect an assortment of seeds to bring back to their extensive seed repository in the Soviet Union.

This entry originally appeared at feedproxy.google.com/~r/damninteresting/all/~3/rtxSGlcNhuI, and may be a summary or abridged version.