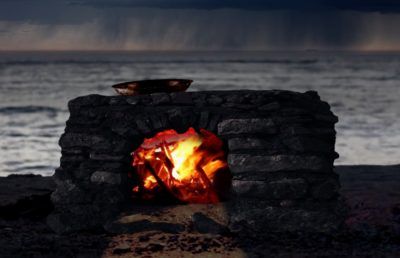 Editor’s Note: This article contains quotations from contemporaneous accounts which might be offensive for today’s readers.

The moon was new on the night of 31 July 1761, and the wide expanse of the Indian Ocean uniformly black. But Captain Jean de Lafargue of the French cargo ship L’Utile foresaw no danger. True, there were some minor discrepancies among the maps available on board, but this part of the sea was clearly empty, other than the large numbers of birds the crew had seen flocking about all day, and he had no desire to reduce speed. He had already been at sea for more than a week; it could take more than three to sail from Madagascar to the Mascarene Islands, where the governor awaited his return with food and supplies. Threatened by the English fleet, the colonies there needed all he could bring.

Lafargue had his own additional reasons for pressing on. An enterprising fellow, he had taken the opportunity while in Madagascar to obtain some goods he planned to sell on his own account, which was why L’Utile‘s route was a bit of a detour from its obvious course back to the Mascarenes. Since Lafargue wasn’t supposed to be engaging in personal merchandising on this trip, he was making for the island of Rodrigues, where he could trade his cargo before heading on to his official destination of Île de France (known today as Mauritius). Rodrigues was almost 600 kilometres further east, but given the uncertain timeframes involved with sailing vessels, no one should be the wiser about his little side-trip–so long as he didn’t fall too far behind schedule.

It was just past 10:20 that night and Lafargue was in his cabin when two sharp bumps shook L’Utile. They were not very violent, but every sailor on board knew what they meant: L’Utile had just struck ground. They hardly had time to recover before a third, much harder jolt convulsed the vessel. Desperately, unable to see the obstacle, the crew tried to veer about, but all this did was expose the flanks of the ship to the current. Huge swells caught at it, and breakers crashed down on its deck. The waves that had seemed so calm all day had L’Utile in their grip, hammering it against the unknown shoal on which they had foundered.

In the hold, Lafargue’s 160 newly purchased slaves were screaming.

This entry originally appeared at feedproxy.google.com/~r/damninteresting/all/~3/pNsIv3lHg5A, and may be a summary or abridged version.