It Belongs in a Museum 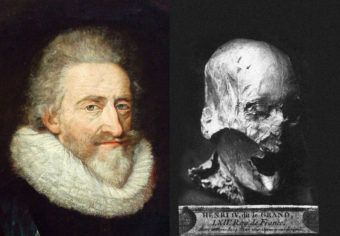 In January 2010, two journalists knocked on the door of 84-year-old Frenchman Jacques Bellanger to ask him about the mummified human head he kept in his attic. They suspected that it was the head of King Henri IV of France, who died four hundred years earlier in 1610.

In 1793, in the midst of the French Revolution, a decree was issued that ordered the destruction of all royal tombs. An angry mob obliged on 12 October of that year, plundering the bones and bodies from the crypt of St. Denis and frolicking in former-monarch mockery before abandoning the remains in a ditch. Some enterprising plunderer, however, evidently smuggled away a former head of state.

The contraband mummified head changed hands a few times over the centuries, as did the rumors regarding its origin, most recently being sold at auction to Mr. Bellanger in 1955 for 5,000 francs. In 2010, it was positively identified based on a distinctive dark lesion above his right nostril and a healed fracture above his upper left jaw that coincided with an injury suffered during an assassination attempt in 1594. Mr. Bellanger surrendered the mummified head, scientists scanned it for the purposes of facial reconstruction, and it now resides in the king’s original crypt once more.

This entry originally appeared at feedproxy.google.com/~r/damninteresting/all/~3/dL4IRi6z9vQ, and may be a summary or abridged version.