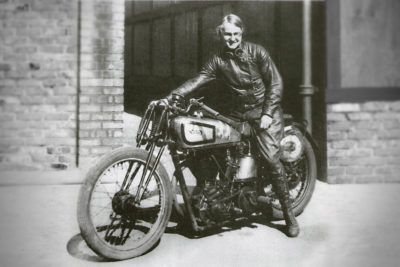 The Supermarine Spitfire is nearly synonymous with Britain in World War II. It was a superb fighter plane, beloved of its pilots for its speed and agility, and by the British public as a bona fide national icon and war winner. That status was in no small part thanks to its elegant elliptical wings and the evocative roar of its Merlin engine.

But it was also fundamentally broken. Its engine would often cut out just when the dogfights of the Battle of Britain got interesting: in diving, a staple defensive and attacking maneuver. Unfortunately for the British, the Luftwaffe’s Messerschmitt 109s suffered no such shortcoming, giving the 109s a decisive edge in combat against British fighters.

Britain won the Battle of Britain by the narrowest of margins, and so it was imperative that a solution was found if British fighters were to contribute to the liberation of Europe. Found one was, and from the most unlikely of sources: a female engineer named Beatrice Shilling. That a solution came from a woman circa 1940 was improbable enough, but perhaps as improbable was the simplicity of her solution.

Miss Shilling’s orifice, as it came to be known, arrived just in time for the bitterly fought European offensive that paved the way for the D-Day invasion of Normandy. It without question saved the lives of British pilots. Arguably, it helped turn the tide of the war.

This entry originally appeared at feedproxy.google.com/~r/damninteresting/all/~3/6SFygTche6o, and may be a summary or abridged version.