Recognizing the ocean as a living being is increasingly important for global sustainability, claim researchers

The ocean is the largest of Earth's systems that stabilizes climate and supports life and human well-being. Despite its vital role in our ecosystem, the ocean has been gravely degraded and historically underrepresented within international climate change agreements. However,

A team of animal behaviorists at the Commonwealth Scientific and Industrial Research Organization, in Australia, has found that sheep who go through shared stressful events tend to huddle together afterward, compared to sheep who do not experience trauma. The study is published

Online content moderation is a moral minefield, especially when freedom of expression clashes with preventing harm caused by misinformation. A study by a team of researchers from the Max Planck Institute for Human Development, University of Exeter, Vrije Universiteit Amsterdam,

Hydrogen spillover is the dynamic migration of surface-adsorbed hydrogen species from hydrogen-rich sites to hydrogen-poor sites. It plays an important role in many H-involving reaction processes.

Sometimes scientists have to accept that a method they have used for years fails under certain conditions. Such a failure calls for a careful analysis of the shortcomings and their subsequent elimination. An international team from the University of Regensburg, the University

Caribou have been using the same Arctic calving grounds for more than 3,000 years, according to a new study by the University of Cincinnati. An epic migration leads caribou to same part of refuge to give birth every spring.

From dragonflies to hummingbirds, hovering flight is among the most complex and captivating forms of animal movement—a physiological feat of size, musculature and wing development.

If wormholes exist, they might magnify light by 100,000 times

A small team of astrophysicists affiliated with several institutions in China has found evidence that suggests if wormholes are real, they might magnify light by 100,000 times. In their paper published in the journal Physical Review Letters, the group describes the theories

Wear and forget: An ultrasoft material for on-skin health devices

With cancer, diabetes and heart disease among the leading causes of disability and death in the United States, imagine a long-term, in-home monitoring solution that could detect these chronic diseases early and lead to timely interventions.

Scientists at Nagoya University in Japan have developed an index to estimate how a bird uses its wings for flight or other locomotion by measuring the strength of the coracoid bone and the animal's body mass. It should improve our understanding of how extinct animals used their

Sometime this spring or summer, the Supreme Court is expected to issue a case ruling that will legally define whether federal protections should be extended to wetlands outside of navigable waters. The justices might consider reading a new Stanford-led study that finds,

It's not unusual for parents and especially mothers to sacrifice their own future success for the sake of their offspring. Now a new study in Current Biology on February 8 shows that killer whale mothers take this to a surprising extreme. They sacrifice their own reproductive

A new ring system discovered in our solar system

Scientists have discovered a new ring system around a dwarf planet on the edge of the solar system. The ring system orbits much further out than is typical for other ring systems, calling into question current theories of how ring systems are formed.

Quaoar’s ring lies outside the Roche limit, an imaginary line beyond which rings aren’t thought to be stable. 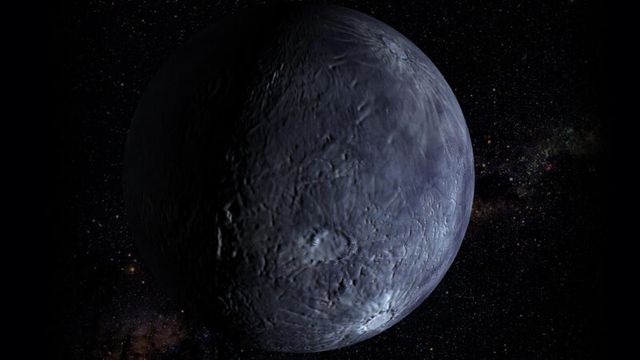 What makes people care about the environment?

A new study analyzes the factors that drive environmental concern among Europeans in an effort to understand how we can bolster popular support for combatting climate change.

A data-based method for periodically rearranging products enables retailers to optimize new store layouts based on customer familiarity with where their favorite things used to be.

The children of stars who enter show business have come to be referred to as "nepo[tism] babies" in popular media. But Hollywood isn't the only industry where it pays to have a well-positioned parent. According to Matthew Staiger, an economist and research scientist at

Attending preschool at age four makes children significantly more likely to go to college, according to an empirical study led by an MIT economist.

What Lights the Universe’s Standard Candles?

Type Ia supernovas are astronomers’ best tools for measuring cosmic distances. In a first, researchers have managed to re-create one on a supercomputer, giving a boost to a leading hypothesis for how they form. The post What Lights the Universe’s Standard Candles? first 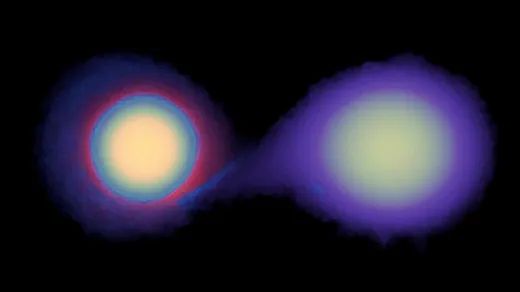 Rock-boring bivalves are much more diverse than non-boring mollusks

A new study reveals that there are many ways bivalves bore through solid rock, but a lack of habitat may lock them into an evolutionary dead end.

Researchers center the experiences of Black women in counseling

Black women who face increased risk of death at the hands of intimate partners struggle to access counseling services, according to researchers at Penn State and the University of Connecticut. Their new research proposes a paradigm shift in intimate partner violence (IPV)

New evolutionary insights from stepping outside the lab

Most of his career, Justin Crocker, EMBL Heidelberg Group Leader, has been working at the interface of development and evolution. In two new studies led by Crocker, scientists have shown how using non-standard laboratory conditions and synthetic biology approaches can help us