During the St. Louis tour stop, the platinum-selling artist fell into a hole and cracked three of his ribs.

Hundreds protested against poverty, high prices and food shortages in Tunisia amid the country's economic and political crisis.

The capsizing of the Joola, a government-owned Senegalese ferry, took more lives than the infamous Titanic.

The Canadian Songwriters Hall Of Fame induction ceremony took place at Massey Hall in Toronto on Saturday night. This year’s inductees include Alanis Morissette, Bryan Adams, Jim Vallance, David Foster, and Daniel Lavoie. Artists were on hand to pay tribute to each of those

Bed Bath & Beyond Stock: It's All Over But the Shouting

Giorgia Meloni is poised to become the next prime minister of Italy. With her victory will come the country’s most far-right government since Benito Mussolini and the National Fascist Party ruled during World War II. If exit polls are correct, Meloni will become the first 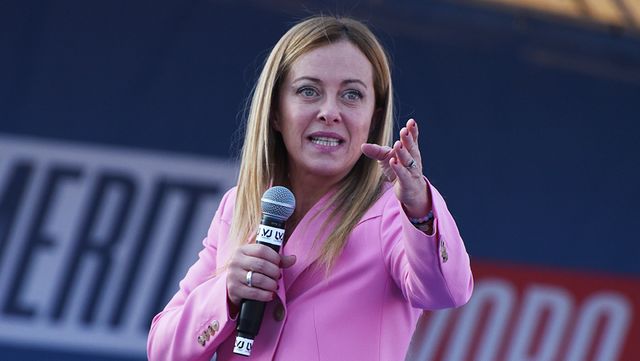 Hong Kong cardinal among activists on trial over protest fund

Judgment mod restores actor who was deleted by Sega

The Pierre Taki Restoration Patch brings back his voice and likeness.

Shinzo Abe: Why a state funeral for slain ex-PM is controversial

Opposition to the funeral has been growing in recent weeks, with thousands of Japanese marching against it.

Hack the police in this stylish cyberpunk visual novel

Solace State puts a young hacker in the midst of a brutal crackdown.

Two upcoming concerts in Poland featuring Pink Floyd co-founder Roger Waters were recently canceled amid backlash over his comments blaming Ukraine and NATO for Russia's invasion. Waters, who is now a solo artist, will no longer be performing at Tauron Arena in the southern

Zack Estrin, Writer-Producer Known for ‘Prison Break’ and ‘Lost in Space,’ Dies at 51

Zack Estrin, the respected writer-producer and showrunner known for his work on Fox’s “Prison Break” and Netflix’s recent revival of “Lost in Space,” died Sept. 23 in Hermosa Beach, Calif. He was 51. Estrin’s death was confirmed Sunday by his longtime talent agency, WME. Estrin 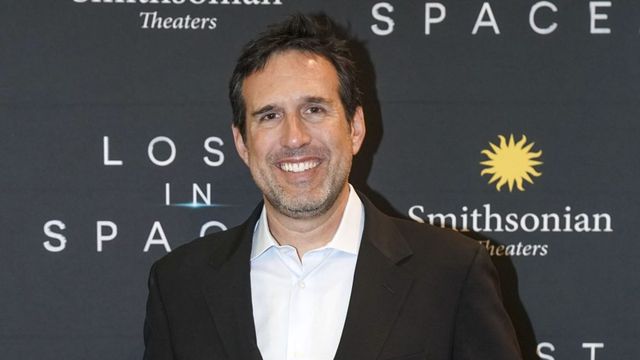 People smuggler: I get clients to sign a waiver

A people smuggler lifts the lid on his trade to BBC Panorama's Jane Corbin.

Covid: The Chinese artist filming PCR tests inside his mouth

Siyuan Zhuji has compiled close-up footage of himself taking dozens of tests.

Using hydrogen would add about 70% to home energy bills, according to a report by a renewable energy charity Ministers’ plans to pin the UK’s energy hopes on hydrogen could nearly double the cost of heating a home by the end of the decade compared with natural gas, research has

The RAC suggests the soaring cost of charging an electric car could soon put people off buying them.

A Montreal family goes on a global sightseeing tour after three of the children are diagnosed with a genetic condition.

The Longhorned tick causes the loss of millions of dollars in agricultural revenue to cattle producers worldwide, and it is now in northern Missouri. Originally found in eastern Russia and the Australasian region, this tick was first found in the United States in 2017 in New

Atlanta Fed president: Soft landing from high inflation is not going to be easy

Raphael Bostic, the president of the Federal Reserve Bank of Atlanta, said on Sunday it's “not going to be easy” to achieve a slowdown in demand without causing a recession, a feat known as a soft landing. Speaking with Margaret Brennan on CBS’s “Face the Nation,” Bostic

Tens of thousands of Jewish pilgrims in Ukraine despite war

Tens of thousands of Hasidic Jews gathered in the Ukrainian city of Uman for their annual pilgrimage, officials said Sunday, despite authorities asking them to skip the trip because of the war. Every year, Hasidic Jewish pilgrims come to Uman in central Ukraine from across the

Dale McRaven, an Emmy-nominated television writer and a creator behind shows like “Perfect Strangers” and “Mork & Mindy,” died Sept. 5 at his home in Porter Ranch, Calif. due to lung cancer complications. He was 83. McRaven’s death was confirmed to Variety by his son, David 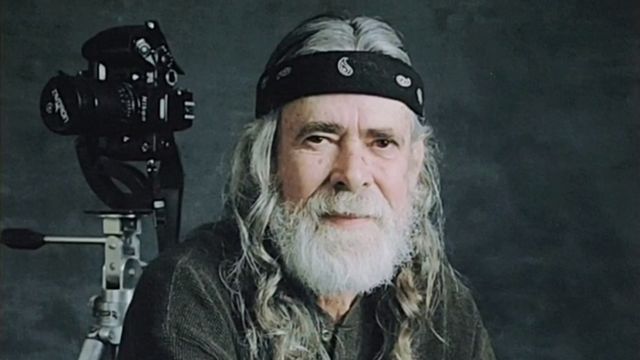 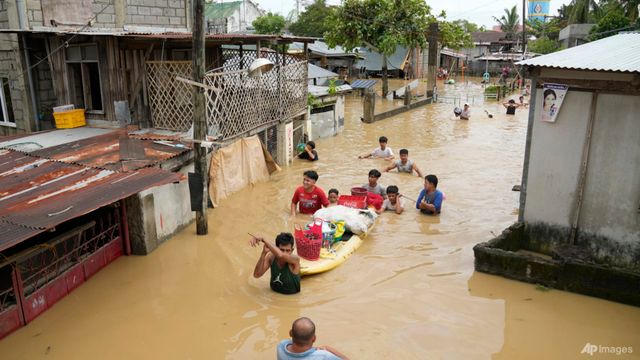 Five things to know about NASA's mission to hit an asteroid

On Monday, NASA plans to strike an asteroid about 7 million miles from Earth with a 1,000-pound spacecraft in an unprecedented planetary defense test. If successful, the Double Asteroid Redirection Test (DART) will be the first-ever spacecraft to deflect an asteroid with a

KiKi Layne says she’s still celebrating work on- and offscreen with Don’t Worry Darling co-star Ari’el Stachel despite their scenes being cut from the film. In an Instagram post Sunday, the If Beale Street Could Talk actress posted a video and photos of her on set with fellow

The Goldenvoice-backed Portola Festival, which took place for the first time in San Francisco this weekend, had a crowd control problem that occurred during sets that took place at its Warehouse stage, which included performances by Jamie xx, Fred Again, Charli XCX, and more.

Though Pakistan contributes less than 1 per cent of global greenhouse emissions, it is among the top 10 most vulnerable nations to the effects of climate change, say researchers. 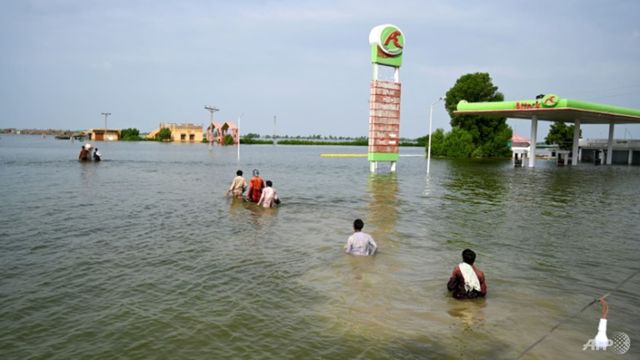 The protests are the largest since nationwide demonstrations three years ago and have posed a growing challenge to Iran’s hardline clerical establishment.

Thanks to leadership on Capitol Hill and in the White House, we have the opportunity to end hunger by 2030. Not just reduce it. Not just fight it. End it. That may sound naïve. But as someone who has spent most of my career working to end child hunger here in New York, I

The nine-time Grammy winner will headline February's event in Arizona, the NFL has announced.

Giorgia Meloni: Italy's far-right wins election and vows to govern for all

The 10th anniversary of New York’s Global Citizen provided, much like the city that hosted it, a melting pot of artists from as far away as Spain (Rosalia) and Italy (Maneskin) and as local as New Jersey natives, Charlie Puth and the Jonas Brothers, and Long Island’s own Mariah 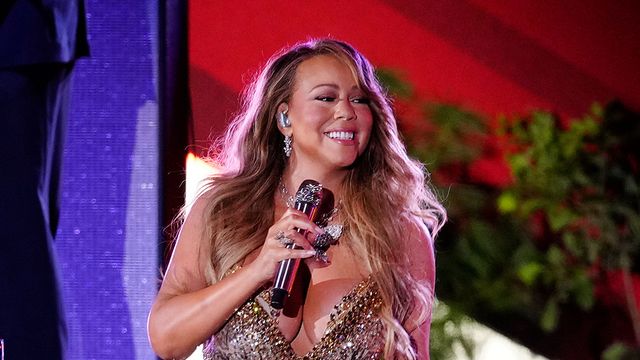 Pakistan's finance minister says he will formally resign from role 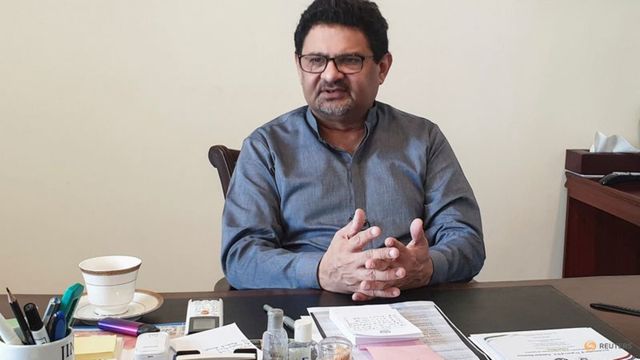 "I noticed that its some athletes over here," he said. "And they ain't bullshittin'."