The dashed and disappearing dreams of Afghan women

The New Arab spoke to Mahbouba Seraj about the study ban for women issued by the Taliban, the reasons that brought it about – which go beyond their religious extremism – and the devastating state of living conditions most Afghans face today.

Jewish community leader's wife was found dead in Antakya on Thursday, following the deadly earthquake, her husband is still missing. The death toll is approaching 16,000

Death toll rises to over 17,000 in Turkey, Syria quake

Rescue teams in Turkey and Syria - aided by first responders from around the world - have continued to search through rubble for a fourth day in hopes of finding survivors.

Cracks have emerged within Israeli Prime Minister Benjamin Netanyahu's hardline government, with a row over the demolition of a settlement outpost in the occupied West Bank testing the fledgling coalition. Netanyahu vowed in December to expand settlements across the West Bank,

Syria's politically isolated President Bashar al-Assad has received calls and aid from Arab leaders since a devastating earthquake Monday, a momentum analysts say he could leverage to bolster regional support. The 7.8-magnitude pre-dawn quake has killed more than 16,000 people

The Moroccan city's mayor of Fes, who paid a visit to Israel last year, continues to defend the twining agreement, claiming it will help "support the values of tolerance and coexistence between Israelis and Palestinians."

Doctors across the UAE are planning to advise patients with a high risk of developing diabetes to take vitamin D supplements, following a study that said it reduced the risk of people in a prediabetic state contracting the disease.“This study will have an impact on my clinical 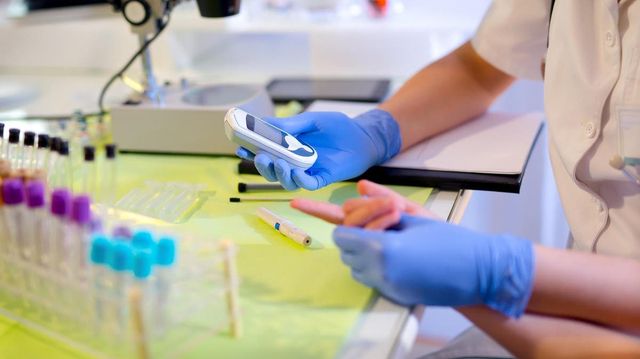 Turkish football player Merih Demiral has auctioned off Cristiano Ronaldo’s jersey from his personal collection in support of Turkey’s earthquake victims, Demiral said earlier this week.Demiral, who played alongside Ronaldo at Juventus, said in a Twitter post on Tuesday that he 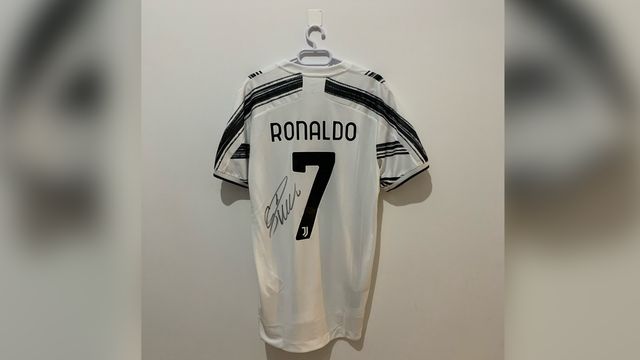 Satellite images show Turkey before and after tragic quake that killed over 16,000

Satellite images released on Wednesday showed Turkey before and after the devastating earthquake which occurred on Monday.For all the latest headlines follow our Google News channel online or via the app.Although Turkey was the epicenter of the 7.8 magnitude earthquake, large 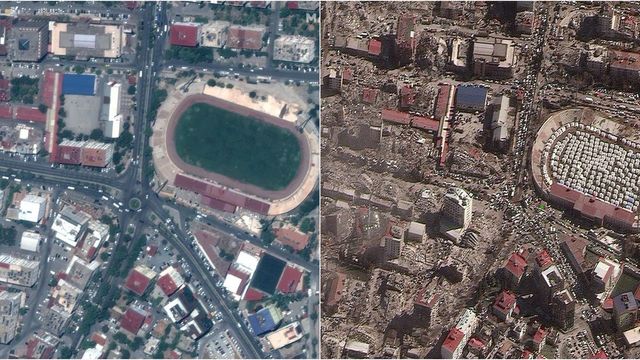 Turkish President Recep Tayyip Erdogan – who is battling the aftermath of this week’s deadly earthquake – will be among 20 heads of state, ministers, CEOs, thought leaders and celebrities who are set to address this year’s World Government Summit in Dubai.The World Government 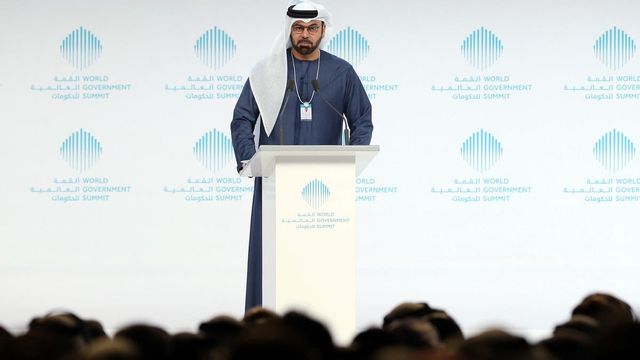 The first convoy of humanitarian assistance for people in northwest Syria since Monday's powerful earthquake is en route and hopes to enter the country on Thursday.

Twitter is back in Turkey after being blocked for at least 12 hours.

The Philippines has temporarily banned all first-time domestic helpers from working in Kuwait after the horrific murder of a house maid spurred nation-wide anger.“In order to strengthen the protection of the rights of [Overseas Filipino Workers] in Kuwait, particularly workers 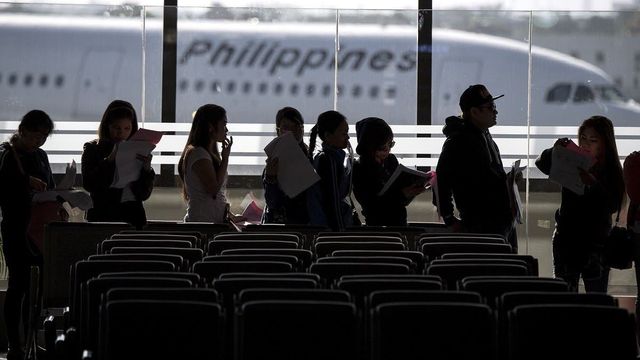 Rania Zaboubi scours body bags laid out in the car park of a hospital in southern Turkey in search of her uncle who went missing after Monday's massive earthquake. "We found my aunt, but not my uncle," she says in a choked voice. The Syrian refugee says she lost eight members

State Department hosts briefing on the report finding the Assad regime's use of chemical weapons in Douma in April 2018, US representative to the OPCW says they will continue to work towards accountability.

An Iraqi delegation headed to Washington to gain US support for a decision by Iraq’s cabinet for revaluing the national currency, and waivers for Iraqi banks to pay back Russian energy firms.

An aid convoy reached opposition-held northwestern Syria Thursday, the first since a devastating earthquake that has killed thousands, an official at the Bab al-Hawa border crossing told AFP.An AFP correspondent saw six trucks passing through the crossing from Turkey, carrying 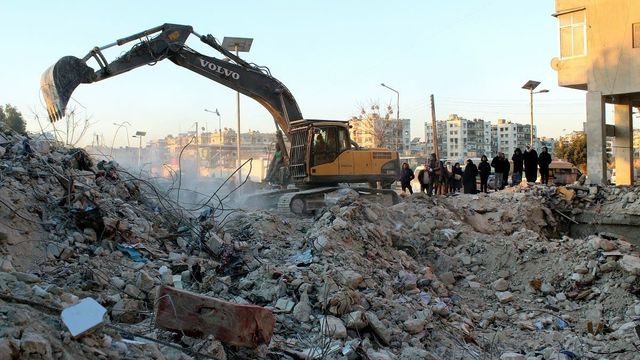 The death toll from Monday's 7.8-magnitude quake is expected to rise sharply as rescue efforts pass the 72-hour mark that disaster experts consider the most likely period to save lives. 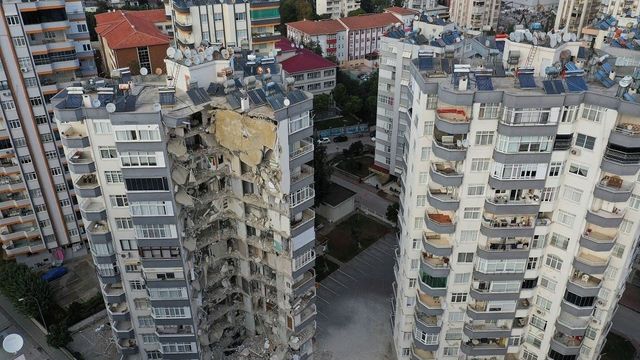 Emirati rescue teams from the United Arab Emirates have pulled a Syrian family of four trapped under rubble in Turkey after the devastating earthquake that has killed more than 15,000 people across the region.As part of the UAE’s ‘Gallant Knight/2’ operation, the mother, son, 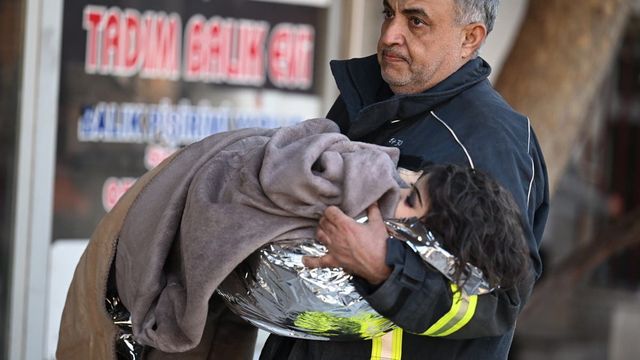 How long can people survive in the rubble of an earthquake?

How long can trapped people survive in the rubble of an earthquake? Up to a week or more, experts say, but it depends on their injuries, how they are trapped and weather conditions.Search teams from around the world have joined local emergency personnel in Turkey and Syria to 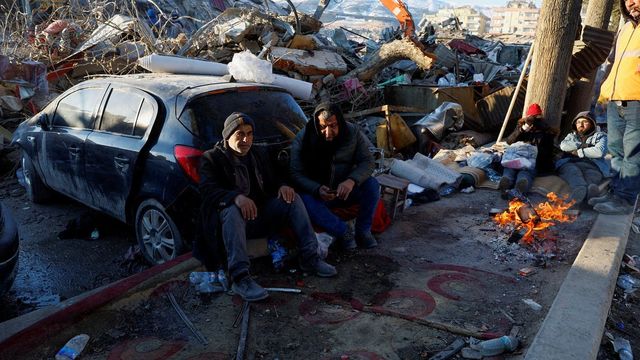 Despite vaccinating his entire herd against foot-and-mouth disease, Iraqi farmer Saadoun Roumi has lost five of his 15 buffaloes to a variant never before seen in the country. The severe, highly contagious livestock disease has plagued Iraq for decades, but this year's outbreak

Saudi Arabia’s al-Hilal football club will go head-to-head against Real Madrid in the FIFA Club World Cup final next Saturday after the Spanish team’s 4-1 win over Egypt’s al-Ahly on Wednesday.The European champions took the lead just before half-time with goals scored by 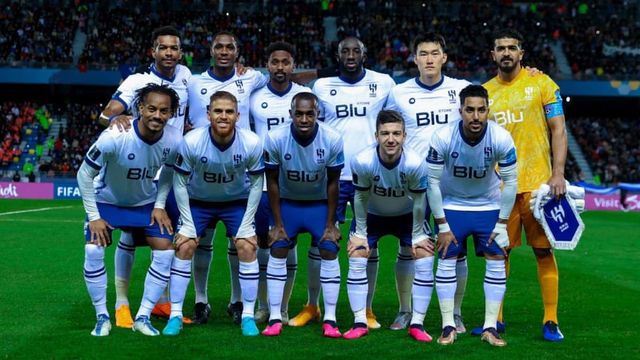 Temperatures in the quake-stricken Turkish city of Gaziantep plunged to minus five degrees Celsius early Thursday but thousands of families spent the night in cars and makeshift tents -- too scared or banned from returning to their homes. Parents walked the streets of the city

Deadly quake puts Erdogan under pressure in May polls

The stakes could hardly be higher for Turkish President Recep Tayyip Erdogan. Just three months before the biggest test of his political career, a massive 7.8-magnitude earthquake rocked Turkey and Syria, killing more than 15,000 people. On May 14, Turkey will vote in

A leading United Nations official on Wednesday called for the facilitation of aid access to rebel-held areas in Syria's northwest, warning that relief stocks will soon be depleted. Rebel-held areas near Turkey's border -- hard hit by the 7.8 magnitude earthquake that struck on

Plus, a roundup of Al-Monitor's on-the-ground coverage of the devastating earthquakes in Syria and Turkey.

New laws in Dubai define the rules for trading virtual assets and operating in the metaverse, including explain how to lend/borrow and remit virtual assets — as well as fines for some violations.

Turkey came out against Sweden’s NATO bid after a far-right activist burned a Quran outside the Turkish embassy last month. Sweden is now seeking to resume dialogue over the issue.

French President Emmanuel Macron has undergone a significant change on his stance towards Ukraine after seeking to keep channels open to Russia in the early phase of the conflict, his Ukrainian counterpart Volodymyr Zelenskyy said in an interview published Wednesday.The 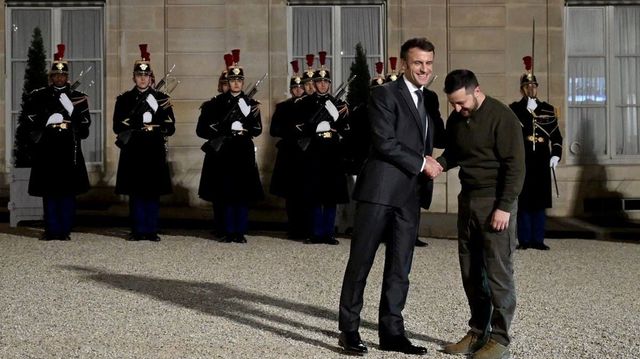 Hundreds of thousands more are injured or displaced as rescue workers race against time to free those who are trapped.

Hundreds of thousands more are injured or displaced as rescue workers race against time to free those who are trapped.

US European Command has begun pre-positioning supplies at Incirlik Air Base to support Turkey's efforts.

In a visit to one province decimated by the deadly 7.8 magnitude earthquake, Turkish President Recep Tayyip Erdogan, who is set to face a tough election battle in May, admitted to a slow response but also condemned criticism of the government

Egypt has renewed the detention of prominent Egyptian journalist Manal Ajrama, who was arrested in November for criticising the Egyptian president prior to the UN climate summit in Sharm el-Sheikh.

The Tunisian president did not say why he had fired Othman Jerandi, the fourth minister he has let go since the start of this year.

Syrian NGOs in southern Turkey have struggled to cope with relief efforts in Idlib province, where hundreds remain trapped under rubble.

Twitter down in Turkey as quake response criticism mounts

Lebanon has opened its airspace and ports to help facilitate the flow of humanitarian aid to Syria, after it announced that it was sending a team of first responders to help in rescue efforts.

From the outset, many Turks have complained of a lack of equipment and support, though opposition leaders had previously said the disaster was a time for unity, not criticism..

The UAE's central bank has granted Russia's MTS Bank a license to operate within the country, raising fears that the UAE could be used by Russians to circumvent sanctions on Moscow.

Book Club: Positioned at the intersection of psychology, politics and health policy, Tarek Younis' book illustrates how the State necessarily encourages Muslim inequality and political apathy, opening up the community to a wealth of injustices.

Governmental restrictions on the social media app have been imposed even while rescuers race against time to reach survivors trapped under the rubble. 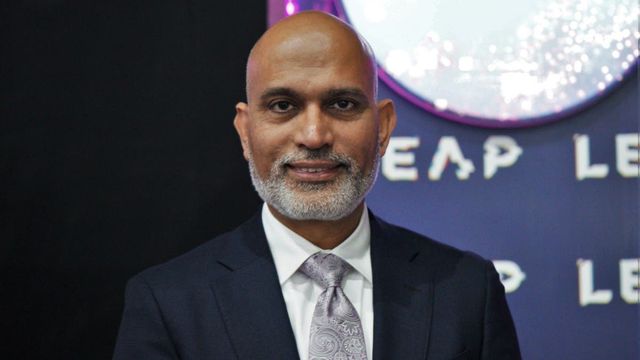 Malek Ibrahim made it out of his home after the earthquake hit Syria and thought he could breathe a sigh of relief. But 30 relatives were still unaccounted for elsewhere. For the past two days, Ibrahim has been doggedly tearing at the rubble with his hands as he searches for

In private talks with Netanyahu, US secretary of state Anthony Blinken had asked Israel to stop Jewish settlement construction in the occupied West Bank.

Syrians living in Turkey recount their horror during Monday's devastating earthquake, and their shock and grief upon learning of the deaths of family members in its aftermath.